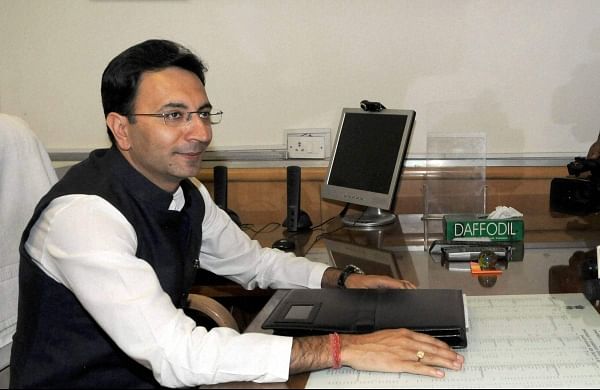 LUCKNOW: A couple of days after the stormy CWC meeting with the letter of dissent signed by a number of Congress leaders, party leaders in Uttar Pradesh have demanded action against all the signatories of the letter through which the leaders had sought an introspection for party’s decline and also organisational changes.

The chinks in the Congress armour till the grass root were exposed yet again when the Lakhimpur Kheri district unit of UP Congress, after passing a resolution, has demanded disciplinary action even the expulsion of senior party leader and former Union minister Jitin Prasada who was is among those 23 dissenters of the letter.

ALSO READ | ‘Conspiracy to finish off Rahul’: Sena hits out at Congress leaders who wrote letter to Sonia Gandhi

In fact, the District Congress Committee of Kheri has demanded that disciplinary action should be taken against all those who signed the letter and they should be expelled from the party.

The letter, which was written on August 15, urged Gandhi to address the leadership question in the party and claimed the uncertainty around it “has demoralised party workers and weakened the institution”.

Jitin Prasada has represented Shahjahanpur Lok Sabha seat in 2004 and Dhaurahra Lok Sabha seat, which is a part of the Lakhimpur Kheri district, in 2009. Of late, the leader from Shahjahanpur has been trying to clinch visibility by playing the Brahmin card in the state claiming that Brahmins were having a tough
time in Yogi regime.

ALSO READ | Why is Congress hiding its MoU with China’s Communists?

The resolution passed by Kheri district unit of Congress said: “Jitin Prasada is the only person from Uttar Pradesh to have signed the letter. His family history has been against the Gandhi family and his father Jitendra Prasad had fought elections against Sonia Gandhi. Despite this, Sonia Gandhi gave Jitin
Prasada a Lok Sabha ticket and made him a minister. What he has now done amounts to gross indiscipline and the district Congress committee wants strict action against him and condemns his actions.”

Prasada’s father, also a veteran Congress leader, had challenged Sonia Gandhi’s leadership in 1999. He had also contested against her for the post of party chief but lost.

Meanwhile, reacting to the resolution passed by Kheri district unit of party, Congress veteran Kapil Sibal, who was also among the 23 signatories, said that it was unfortunate that Prasada was being “officially targeted” in the party’s Uttar Pradesh unit. Manish Tewari, too had signed the letter responded to
Sibal’s tweet by tweeting “Prescient!”.

Notably, two days ago Congress Working Committee had met where Sonia Gandhi had offered to quit but was urged to stay on as the interim chief for another six months.

Even party MP from Wayanad Rahul Gandhi had questioned the timing of the letter. The former Congress president had said that the letter was sent to the party chief at a time when she had not been keeping well. He said the letter came at a time when the “party had been fighting the BJP in Madhya Pradesh and Rajasthan”.