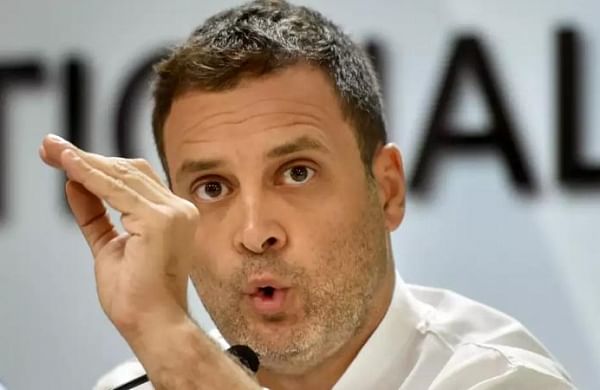 NEW DELHI:  Rahul Gandhi’s move to sideline party veterans is one of the reasons behind the dissent letter written by some senior leaders seeking a “collective leadership”, say sources.

The party sources cited several instances — Rajya Sabha elections, appointments in state units and Rajasthan crisis — in the last one year showing how he continues to call shots in the party and seniors are being sidelined.

Azad may also not get another term in the upper house while Kharge will be elevated in his place.

Also, both Gandhi siblings have attacked senior party leaders during the Congress Working Committee meetings for not being on the same page when it comes to Rahul’s attack on Prime Minister Narendra Modi.

Some Congress leaders had expressed that attacking the PM will not serve a purpose and the party should target the policies of BJP government.

“Senior leaders feel that they are not consulted on any key party decisions. They want the party to make collective decisions. They felt humiliated during the meeting of Rajya Sabha MPs with Sonia Gandhi when a young MP attacked the UPA regime,” said a senior party leader.

A divide among young and senior party leaders came to the fore during the meeting in July as some young MPs, including Rajiv Satav, in-charge for Gujarat, called for introspection within the party and that if the party is paying for the work during the UPA regime.

Satav, who is considered close to Rahul, has been sent to Rajya Sabha along with KC Venugopal, party’s organisation secretary.

Rahul Gandhi had resigned from the party’s top post in July, 2019.In the letter shared on his Twitter account, Rahul had taken responsibility for the party’s massive defeat in the general elections but had added a word of caution for other party leaders.