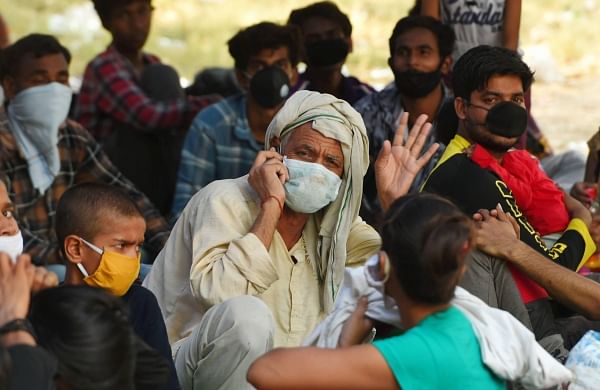 PATNA: Names of at least two lakh migrant workers who had returned to Bihar following lockdown post-Covid-19 have been added to the electoral rolls to enable them to vote for the Bihar Assembly polls due later this year.

State poll officials said special camps would soon be organised in all districts to include more migrants in the rolls. Bihar Chief Electoral Officer (CEO) HR Srinivasa, who reviewed poll preparations on Monday, directed district magistrates of all 38 districts to hold special camps again to add the eligible voters to the rolls on a priority basis.

He directed the DMs through videoconferencing to arrange spacious places for counting of votes and also strong room facilities for keeping the votes in safely.

The DMs were told to ensure compliance of the Election Commission guidelines amid the Covid-19 outbreak.

Official sources said more than 25 lakh migrant labourers and others had returned from across the country by Shramik Special trains and other modes during the lockdown.

Most of them had returned after a long time and their names could not be added to the electoral rolls. Special camps are now being held in almost all districts to add such eligible voters.

“The names of around 70% eligible left-out migrant labourers have already been added to the rolls. More camps will be organised for such voters”, said Deputy Election Officer Baijunath Singh.

He said the number of polling booths had also been increased from 72,000 to 1.06 lakh to ensure social distancing on polling days.