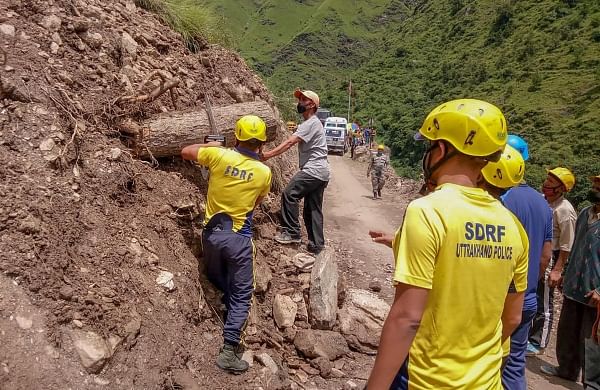 RISHIKESH: Drivers of two heavy earth moving machines are missing after their vehicles fell into a deep gorge following a landslide on the Rishikesh-Badrinath highway in Uttarakhand early Monday, an official said.

The Ganga river, which is in spate following heavy rains in the area, flows below the gorge, officials said.

One of the vehicles was hit by boulders when it was returning from a construction site around 4 am, Saklani said.

The officer said an operation has been launched to trace Sanjiv Kumar (40) and Prabhat (32).

The search operation was launched after daybreak, Saklani said.