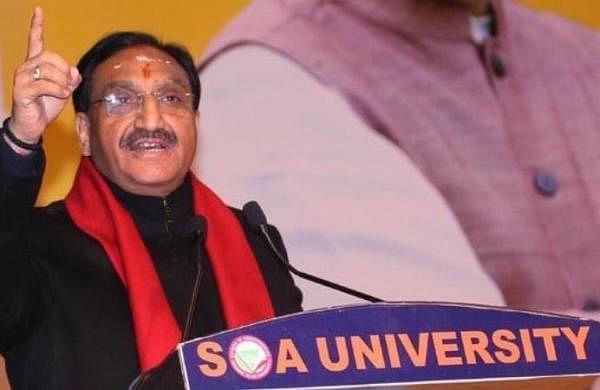 NEW DELHI:  Making it clear yet again that the Centre won’t put off holding the JEE (Main), NEET exams, the Union education minister Ramesh Pokhriyal Nishank on Thursday said most students want the exams to be held “at any cost”.

“Parents and students through email and social media have said that the exams should be conducted in September,” he said in a video message.

His comments came a day after chief ministers of seven opposition-ruled states decided to approach the Supreme Court seeking a postponement of the exams in light of the mounting Covid-19 cases in the country.

“The National Testing Agency has informed me that over 7 lakh candidates have downloaded JEE (Main) admit cards while over 10 lakh aspirants have downloaded NEET admit cards so far. This shows that the students want the exams to be held at any cost,” the minister said. Pokhriyal’s commenta were made after higher education secretary Amit Khare held a meeting with the officials in the PMO.