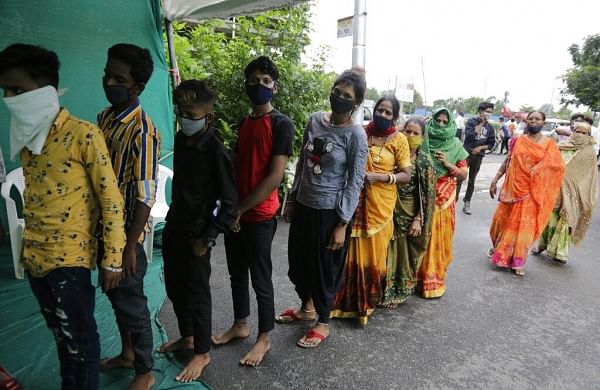 NEW DELHI:  A second round of national sero survey to assess the real COVID-19 infection size in the country will be completed by September first week, ICMR director general Dr Balram Bhargava announced on Tuesday.

Sources in the National Institute of Epidemiology, which will lead the survey, said the exercise will be carried out in the same 70 districts across 21 states where it was done last time.

The study will involve testing 28,000 samples for antibodies against SARS CoV-2, with 400 samples collected from every district surveyed.

“The idea is to check the growth in the real infection size as compared to last time and that’s why the same districts, where the situation might have changed from the last survey,” said a scientist with the ICMR-NIE.

ALSO READ | Coronavirus most prevalent among those in 5-17 age bracket: Delhi Sero survey

The difference this time will be that more than one sample per family will be collected and adolescents will also be included, said the scientist.

Dr Bhargava in a press briefing said the full paper from the last sero survey,carried out in May has been peer reviewed twice and will be published in the Indian Journal of Medical Research by this weekend.

This national survey follows various seroprevalence studies carried out in high-burden cities such as Mumbai, Delhi and Pune which have shown that the cases detected so far are a small fraction of the real infection exposure.

Union health secretary Rajesh Bhushan said while tests have increased exponentially, there has been a steady decline in the positivity rate. The active cases are only 22.2% of the total while the recovery rate is now more than 75%.

He also said that the Indian Council of Medical Research (ICMR) has embarked on a second national sero survey which shall be completed by the first week of September.

Speaking at a press briefing in response to a question, Bhargava said, “I would not say young or old, I would say irresponsible, less cautious people who are not wearing masks and not maintaining social distancing are driving the pandemic in India.”

The official said full paper of the last national sero survey, carried out in May, has been peer-reviewed twice and is likely to be published in the Indian Journal of Medical Research by the end of this week.

“Most of the sero surveys are looking at antibodies.

Neutralising antibodies and T-cell responses are not being studied in these large sero surveys.

Sero surveys are important to guide us on what phase of the epidemic we are in and what we need to do in terms of public health response and containment zones and measures,” he said.

The Union health ministry on Tuesday said though COVID-19 testing has been increased exponentially, there has been a steady decline in the positivity rate and highlighted that the number of active cases of the infection reduced by 6,423 for the first time in a span of 24 hours.

With 60,975 people testing positive for coronavirus infection in a day, India’s COVID-19 tally rose to 31,67,323, while the death-toll climbed to 58,390 with 848 fatalities being reported in a span of 24-hours, the health ministry data updated at 8 am on Tuesday showed.

With a record 66,550 patients having recovered from COVID-19 in a day, the total recoveries have surged to 24.04 lakh pushing the recovery rate to 75.92 per cent, while the active cases of coronavirus infection presently comprise only 22.24 per cent of the total cases, it said.

On the status of tele-ICU service started by AIIMS, Delhi in collaboration with the health ministry, Union Health Secretary Rajesh Bhushan said the initiative was started on July 8 with the intent to train doctors manning the intensive care units (ICUs) across the country.