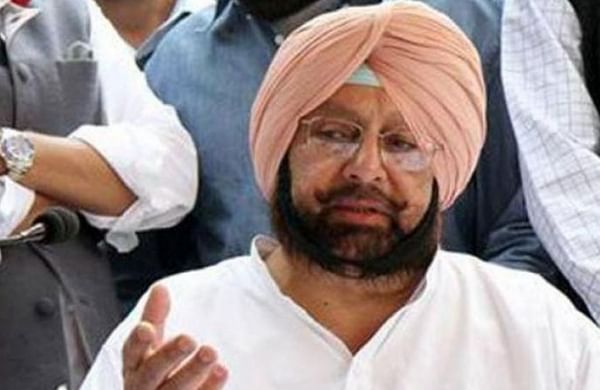 NEW DELHI: Punjab Chief Minister Amarinder Singh has opposed the bid by some Congress leaders to challenge the Gandhi family leadership in the party, saying this is not the time to raise such an issue.

In a statement, Singh said the need today is for a strong opposition against the BJP-led NDA which is out to destroy the country’s constitutional ethos and democratic principles.

The veteran Congress leader said the NDA’s success was attributable to the absence of a strong and united Opposition.

“The move by these Congress leaders to demand a rehaul of the party at this critical juncture would be detrimental to its interests, and the interests of the nation,” he said.

“What the Congress needs is a leadership that is acceptable not just to a few but to the entire party, through its rank and file, and the nation at large,” he said, adding that the Gandhis were the right fit for this role.

“Sonia Gandhi should continue to helm the Congress as long as she wants,” he said, adding that Rahul Gandhi should thereafter take over as he is fully competent to lead the party.

Ahead of the Congress Working Committee meeting on Monday, different voices have emerged within the party with one section comprising sitting MPs and former ministers demanding a collective leadership, while another group has sought the return of Rahul Gandhi to the helm.

Some Congress leaders, including ex-ministers, have written to party president Sonia Gandhi for the overhaul of the organisational structure and changes to the leadership.

The letter by former ministers and some MPs was believed to have been written a few weeks ago and sets the stage for a stormy Congress Working Committee meeting on Monday where issues flagged by dissenters are expected to be discussed and debated.

The Punjab CM said India is currently facing not just external dangers from across the border but also internal threats to its federal structure, adding that a unified Congress alone could protect the country and its people.

Terming the demand for a leadership change as “untenable”, Singh noted the immense contribution of the Gandhi family to the country’s progress since it achieved freedom from the British rule.

The Chief Minister pointed out that there was not a single village in India which did not have a Congress member to carry forward its ideology of upholding the constitutional principles, rights and freedoms.

He said the credit for that went to the Gandhis, without whose selfless commitment, dedication and unimaginable sacrifices, the party would not have stood like a rock in the path of the BJP and its “Sanghi ambitions” to divide the country on the lines of caste and religion.

At a time when the very bedrock of India’s constitutional strength is under threat, it is important for every Congress man and woman to stand firmly and unitedly behind the Gandhis, who had held the party together all these decades and could continue to do so, he said.

“There is currently no leader in the Congress who could give the party that kind of strong leadership,” he said, urging one and all to put the interests of the party and the nation above their own.

“The Gandhis were the only universally recognisable face of the Congress, from Kashmir to Kanyakumari,” the Chief Minister stressed, pointing out that the five generations that had served the country since the pre-Independence times had sacrificed their lives for the nation.

“Electoral defeats could not be the yardstick for the leadership change,” he said, adding that just because the Congress was down at the moment did not mean the Gandhis’ contribution to its growth could or should be undermined.

Amarinder Singh warned that any move to divide or destabilise the party would give advantage to the dictatorial forces that are seeking to trample the ideals on which our founding fathers had built modern India, that is respected by the world today.

“The destruction of those ideals would trigger the devastation not just of the Congress but India as a whole,” he cautioned.