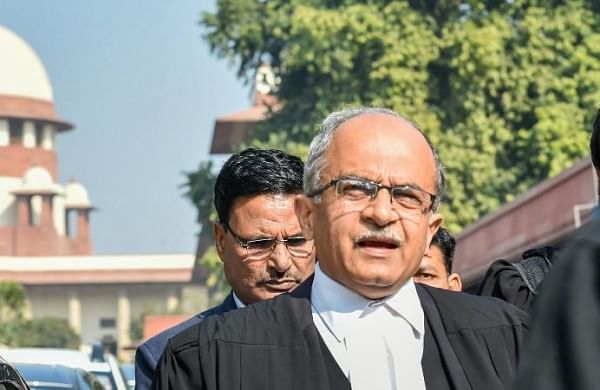 NEW DELHI:  The Supreme Court on Monday reserved its verdict on the quantum of punishment to be awarded to activist-laywer Prashant Bhushan in the suo-motu contempt of court case for his tweets against the judiciary. The apex court had on August 14 held Bhushan guilty of contempt for his tweets.

At the outset of the hearing, a three-Judge bench headed by Justice Arun Mishra asked Attorney General K K Venugopal for his opinion on the quantum of punishment. The A-G submitted that Bhushan should be let off with a warning telling him not to repeat this in future.

An unconvinced justice Mishra replied, “If a person says he didn’t make a mistake and he won’t apologise for it despite repeated opportunities, what will be the purpose of saying don’t do it again? It is not about us or him. It is about the institution after all.”

He added that it was painful for him to decide the case days before he is due to demit office on September 2.

Senior advocate Rajeev Dhavan, representing Bhushan, reminded Justice Mishra that as a judge of the Calcutta High Court, he had let go of Mamata Banerjee after she said all judges were corrupt.

This institution must have criticism and not just criticism but extreme criticism. Your shoulders are broad enough,” Dhavan said.

He added, “Scandalising the court is ambiguous. Criticism of court is inevitable. Consider the bona fide of the ‘offender’ and then consider the offence.”