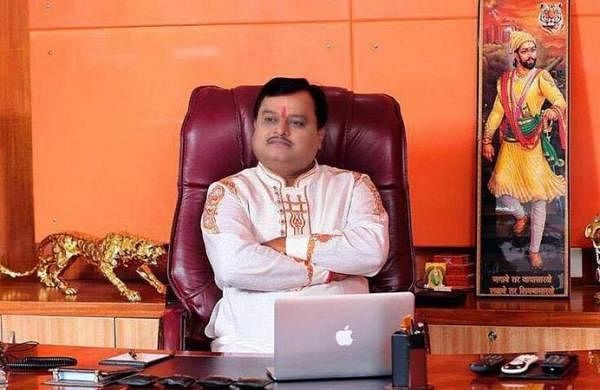 NEW DELHI:  Police associations and several civil services officers, both serving and retired, on Thursday sought action against Sudarshan News Editor-in-Chief Suresh Chavhanke, for his alleged expose on the ‘overwhelming’ number of Muslim candidates clearing the Union Public Service Commission exams, in what he termed as “bureaucracy Jihad”.

Indian Police Service (IPS)Association tweeted, “A news story targeting candidates in civil services on the basis of religion is being promoted by Sudarshan TV. We condemn the communal and irresponsible piece of journalism.”

The Indian Police Foundation (IPF) said, “The hate story carried on a Noida TV channel against minority candidates joining IAS /IPS is dangerous bigotry. We refrain from retweeting it because it is pure venom. We hope News Broadcasting Standards Authority, UP Police and concerned authorities take strict action.”

Several IAS and IPA officers demanded action against Chavhanke for the promotional video of the report, which is scheduled to be aired on Friday.

In the tweeted teaser video Chavhanke can be seen questioning the ‘infiltration’ of Muslims in the civil services. “Imagine if the ‘jihadi of Jamia’ will be your district collectors and secretaries in ministries, what will happen then? Watch our biggest expose on ‘Naukarshahi jihad’ (bureaucracy jihad) this Friday,” he says. After the video was widely shared, a lot of people including, several public servants protested and also sought suspension of Chavhanke’s Twitter account.

Retired IPS officer NC Asthana said, “By casting doubts on integrity and impartiality of a constitutional body like UPSC in selection of officers for all-India services, he is spreading disaffection for the constitutional scheme of governance.” IAS officer Somesh Upadhyay who is SDM, Titligarh, said Chavhanke’s communal remarks must be condemned unequivocally. “This evil and preposterous proposition is coming from not any factual evidence or even a logical conjecture but from a place of hatred,” he said.

Additional Director General of Police, Chhattisgarh, RK Vij, said he is exploring legal options in the matter and called the video “disgusting”.  “A despicable attempt at hate mongering. To question the credentials of officers on the basis of religion is not only laughable, but should also be dealt with strictest legal provisions. We are all Indians first,” said IPS officer Niharika Bhatt.

Taking a stock on the malafide and hateful content aired in the TV channel, Jamia Millia Islamia has decided to write to the Ministry of Education and Ministry of Information and Broadcasting against the channel and have requested them to take appropriate action.