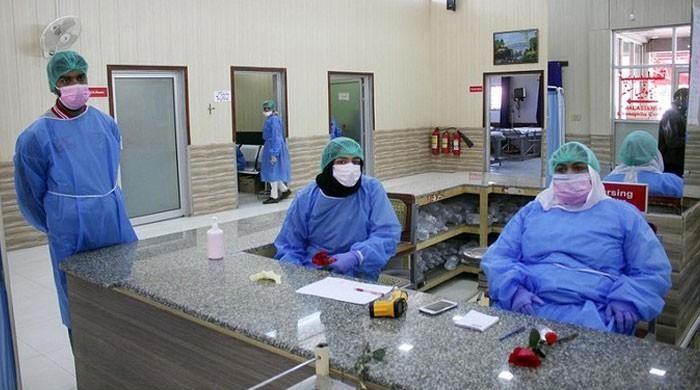 The latest data from the  National Command and Operation Centre (NCOC) showed on Sunday that the country registered only four deaths due to coronavirus  in the last 24 hours.

The total number of people who have recovered from the virus and tested negative for it amounted to 275,836.

The NCOC stated that there were no patients on ventilators in Balochistan and Azad Jammu and Kashmir. Out of 1,920 ventilators in the country, 121 are occupied.

Among the four who passed away from the virus on Saturday, three died in hospitals while one died out of hospital. The total death toll stands at 6,235.

Lifting curbs does not mean COVID-19 is over: Asad Umar

Planning minister Asad Umar, earlier this month, warned the nation not to fall back into old habits after COVID-19 restrictions were eased in almost all sectors a day earlier and keep in mind that the coronavirus is still very much a threat.

The federal minister had said that he heard people saying the COVID-19 pandemic had been eliminated.

“Ever since this announcement [lifting lockdown restrictions] was made, I have been hearing from people that coronavirus has ended. I wish coronavirus would have been eliminated.

“However, unfortunately, the situation is not like that at the moment. We can’t say at this moment that coronavirus has been eliminated,” the minister had said.

Speaking of a decline in cases, Umar had credited the people of Pakistan, saying that they were the “real heroes” with whose cooperation the government had managed to bring about a drastic reduction in the infection.

“Whatever steps were taken by the state and the government could not have been effective if the public had not cooperated with us,” he said. ” A large part of the society helped the government. I would like to thank the media as well for sending our message to the public on what to do [to ward off the coronavirus],” he added.

The minister had said that the government and the people had taken the right decisions and actions when it came to tackling the pandemic. He praised the smart lockdown initiative, stating that developed countries could also not shut down the economy for a longer period of time.