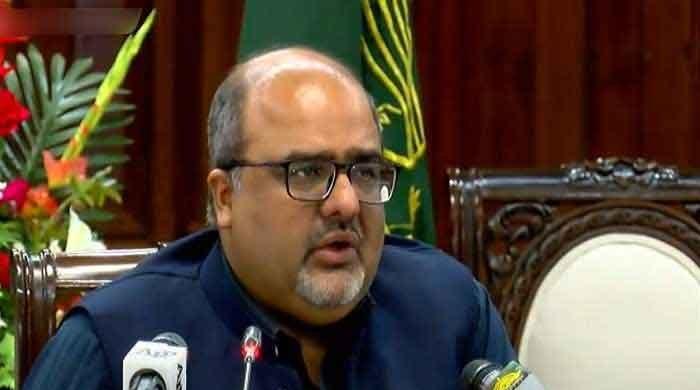 LAHORE: As the debate to bring back Nawaz Sharif intensified, Prime Minister Imran Khan’s aide on accountability, Shahzad Akbar on Saturday said the PML-N supremo was allowed to leave on certain conditions, which he failed to meet.

While addressing the media in Lahore along with Punjab’s Information Minister Fayyazul Hassan Chohan and SAPM on Political Affairs Shahbaz Gill, Akbar said that Nawaz was permitted to get medical treatment from abroad subject to returning within the stipulated time frame. Secondly, he was bound to submit his periodical medical reports and updates on his treatment to the court and the Punjab government.

Akbar claimed that Nawaz had submitted “no such report” to either the court or the Punjab government.

Retracing the decisions taken at the time, he said that on October 29, 2019, the PML-N supremo was granted bail by the Islamabad High Court for eight weeks on medical grounds in the Al Azizia case.

“The bail was given on the condition that after eight weeks, in case he does not recover, the Punjab government will take up the matter under CrPC (Code of Criminal Procedure) and conduct a proper hearing,” Akbar said.

After that, on November 16, Shehbaz Sharif filed an undertaking in the Lahore High Court that Nawaz will return to Pakistan after the required medical procedures, he said.

Subsequently, on December 23, after the eight-week bail had expired, Nawaz had appealed to the Punjab government for an extension in his bail, Akbar said.

“Because the bail was granted on medical grounds, the Punjab government constituted another medical board. The board demanded fresh reports of Nawaz’s treatment in London,” he said, adding that the board was not satisfied with the reports as the PML-N supremo had “not even been administered an injection” over there.

The medical board had then recommended that he should not be given an extension in bail.

After that, three hearings took place this year, on February 19, 20, and 21, where his lawyer, doctor, and members of his party, appeared to submit the documents validating Nawaz’s health condition.

On February 27, the Punjab home department passed a decision rejecting the extension in bail, demanding that Nawaz return to Pakistan immediately and surrender himself to the authorities.

Highlighting the importance of the home department’s decision, he said that Nawaz, through his counsel, had filed an application in the Islamabad High Court claiming that he had not received the government’s decision.

Akbar said that the PML-N had, in fact, received the decision. “I have brought this order with me so that someone may send it to him.”

The order has also been sent to the Ministry of Foreign Affairs, with the direction that a letter be sent to the British government — where Nawaz is currently residing.

The letter was then sent on March 2 stating that Nawaz’s bail had expired and that he should be repatriated.

Akbar said that recently, on August 18, the IHC declared Nawaz “an absconder” as his bail had expired. “The federal government has decided to take matters forward with the help of NAB,” the premier’s aide said.

“This dual standard of accountability cannot take place in Pakistan as common people who hardly get parole, return [to serve their sentence] and Nawaz — who has been disqualified for life by the Supreme Court and found guilty in two cases — is enjoying his life in London.”

Akbar said that this was not a personal vendetta and that it was the government’s objective to uphold the writ of law.

“The legal standing of the undertaking that Shehbaz had submitted will also be probed as he is responsible for ensuring Nawaz’s return,” Akbar said.

Referring to Nawaz Sharif’s seven-year-imprisonment sentence in the Al Azizia Steel Mills case, Akbar said that the former premier “will not be able to enter practical politics for the next seven centuries even”.

“You have been declared disqualified for life. Your picture can be up on a wall but you will never be able to enter politics,” he said, addressing Nawaz.

Speaking of Britain, he said that Pakistan has an agreement with the country for the “exchange of criminals”.