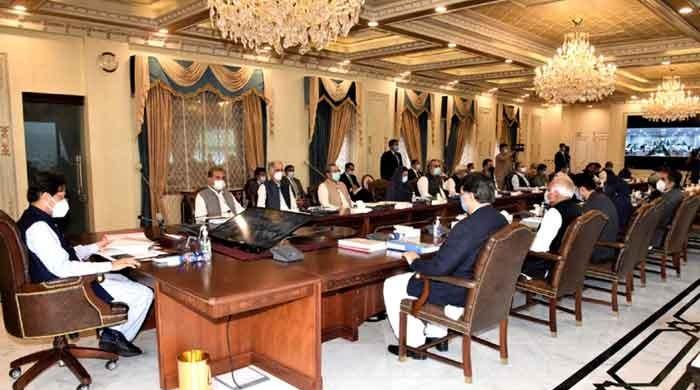 Nawaz Sharif should be brought back immediately: PM Imran

Prime Minister Imran Khan on Tuesday said the former premier Nawaz Sharif should be brought back immediately as it is the government’s responsibility.

“I will not tolerate any kind of blackmail in this regard,” declared the premier, while chairing a cabinet meeting in Islamabad.

The PML-N supremo, Nawaz, has been in London for medical treatment since November 2019. The government had earlier given approval to the former premier to travel abroad, but it is now casting doubts over the medical reports that were the basis of the decision.

”Nawaz Sharif should be brought back to the country immediately,” the prime minister said, adding that all legal options must be considered in this regard.

Meanwhile, a briefing to the premier was given on the ML-1 railway project, and the wheat and sugar crisis in the country.

Minister for Religious Affairs and Inter-faith Harmony Noor-ul-Haq Qadri urged the cabinet to consider including a Peshawar-Torkham in the ML-1 railway project.

According to sources, Minister for Railways Sheikh Rashid Ahmed supported the recommendation.

It was decided that the railway minister will submit a detailed report to the premier on the inclusion of the proposed section.

Earlier this month, the National Economic Council approved the up-gradation of Pakistan Railways’ Mainline-1 (ML-1) at an estimated cost of $6.806bn.

The project, which equals to Rs11.44 trillion in total, and involves the upgradation of the Walton Academy, is part of the China-Pakistan Economic Corridor.