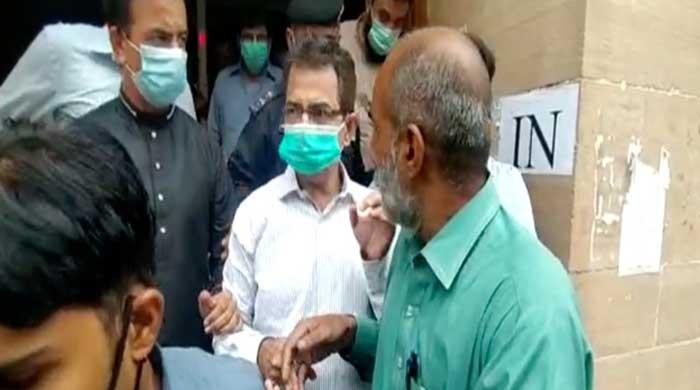 The National Accountability Bureau (NAB) on Monday arrested Sindh’s Local Government Secretary Roshan Ali Shaikh after the Sindh High Court dismissed the latter’s bail plea filed against his arrest in a case relating to the illegal allotment of government land.

The court, while hearing the case today, remarked that Shaikh and nine others had been involved in the illegal allotment of land and misused their powers as government officials. The court added that the suspects caused a loss to the national exchequer and should therefore be arrested immediately.

The court also issued orders for the arrest of Fazlur Rehman and others accused in the reference, including Waseem, Nadeem Qadir Khokhar, Sabih Aslam and others.

MQM’s Saif Abbas, Shoaib Memon and Shaukat Jokhio, who have been in jail for the last two years in connection with the case, were granted bail, with the court ordering their immediate release.

The Karachi Metropolitan Corporation and the Sindh Board of Revenue had filed a reference against Shaikh and others, accusing them of allotting 265 acres of government land illegally. The land, which was located in Landhi, was illegally allotted to the small cottage industry.