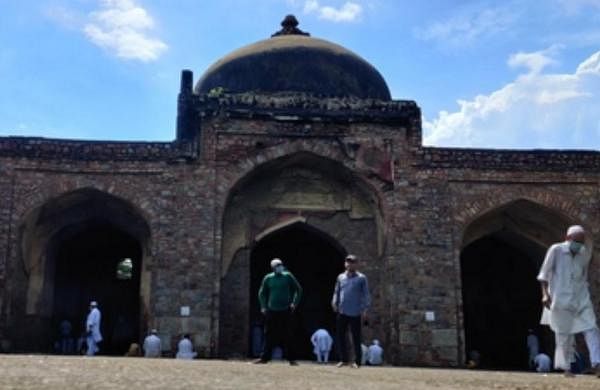 NEW DELHI: The decision to merge two suboffices of the Archeological Survey of India (ASI) in Delhi has drawn widespread criticism within the department. Former and incumbent officials, who have been associated with conservation and restoration of protected structures in the city, said the development would not serve any purpose but might lead to neglect of ‘small and lesser’ monuments and historic buildings.

“The merger will divert attention from lesser-known buildings, which were under Mini Circle. In the last four years, conservation of small sites but significant ones such as Kashmere Gate, Shalimar Bagh, and Kotla Feroz Shah was undertaken. Their restoration and maintenance will suffer. The focus will be on bigger heritage structures like Qutub Minar now,” said a senior official of the Survey in Delhi.

The Union Culture Minister Prahlad Singh Patel on Wednesday announced to combine ‘Mini Circle’ with ‘Delhi Circle’. Both branches are the custodian of 170 heritage sites in the national capital jointly. A section of ASI officials believe that the merger will also result in less budget allocation to Delhi. There were 110 ancient buildings including famous world heritage sites such as Qutub Minar, Lal Quila, Hauz Khas and Humayun’s Tomb with the Delhi circle.

However, Mini Circle was in charge of 64 buildings including Safdarjung’s Tomb, Jantar Mantar, Feroz Shah Kotla and several smaller sites such as Kashmere Gate, Ajmeri Gate, Tomb of Razia Sultan, and Dilli Gate. The Mini Circle was created in April 2016. “In the last two-three years, the entire focus was on just two sites — Qutub Minar and Lal Quila — on which the maximum budget was spent, which comes to around Rs 18-20 crore. Other monuments were just ignored.

If the development and maintenance of ancient edifices was the motive, the circle should have been provided with an adequate workforce. At least, 34 per cent sanctioned posts are lying vacant for years,” said another official of Delhi Circle. Questioning the decision, a former senior ASI functionary, stated that the announcement looks good just on the papers but will not help practically.

Seven new circles of ASI to step up preservation

The new circles have been created in Madhya Pradesh, Tamil Nadu, Uttar Pradesh, Karnataka, West Bengal and Gujarat with Trichy, Raiganj, Rajkot, Jabalpur, Jhansi and Meerut announced as the new circles. Earlier, there were 29 ASI circles across the country.