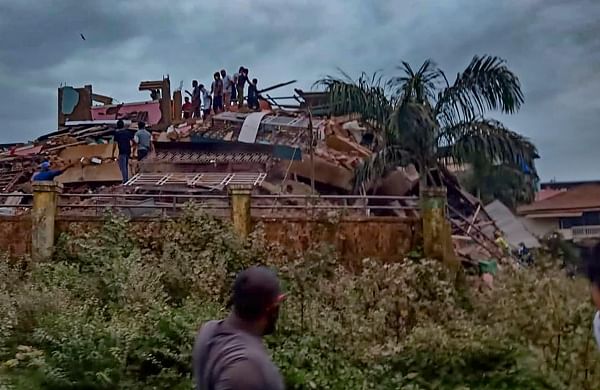 MUMBAI: Sixty four-year-old Muhammad Ali reached Mahad immediately after hearing news of a building there collapsing like a pack of cards.

Ali, a resident of Mandangad in Raigad district, said he is clueless about the fate of his daughter, who lived in the ill-fated Tarek Garden building with her three children.

“My son, who lives in Mumbai, called me on Monday night and said the building had collapsed. I immediately set out from Mandangad,” he said.

Ali reached Mahad, which is around 40 km from Mandangad, on Monday night and is camping near the collapse site, frantically trying to know the whereabouts of his kin.

“My daughter lives in the building along with her two daughters aged five and two years and a son who is three years old. I don’t know their fate. Officials are not allowing me to search for them in the debris,” he said.

A day after the five-storeyed building collapsed, rescue personnel continued to sift through the rubble in search of survivors, while police said 19 persons are still missing.

An official at the Mantralaya State Control Room of the State Disaster Management Unit said the Tarek Garden building at Kajalpura in Mahad tehsil collapsed around 7 pm.

There were around 40 flats in the building, the official said, adding those rescued were shifted to a local hospital at Mahad, which is around 170 km from Mumbai.