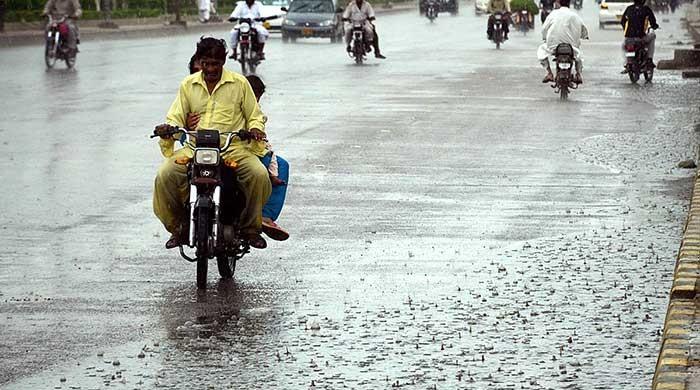 KARACHI: Parts of the metropolis received heavy to light rain on Tuesday, causing traffic jams and problems for motorcyclists a day after the Meteorological Department (Met Department) warned that the port city may witness urban flooding due to the heavy showers.

The flow of traffic was disrupted on Natha Khan bridge due to the rain. According to authorities, Gulshan-e-Hadeed received 105 mm rain over the past 24 hours whilst Landhi received 45mm of rain.

Pakistan Meteorological Department on Monday said that heavy rainfall will continue in Karachi till Thursday, warning that urban flooding could take place in the city.

In its latest advisory, the PMD said that rains could hit the southern parts of the city from Monday to Wednesday and also upper parts of Sindh from Tuesday to Thursday.

The department had warned that heavy rainfall may generate urban flooding and waterlogging not only in Karachi but also Hyderabad, Thatta and Badin.