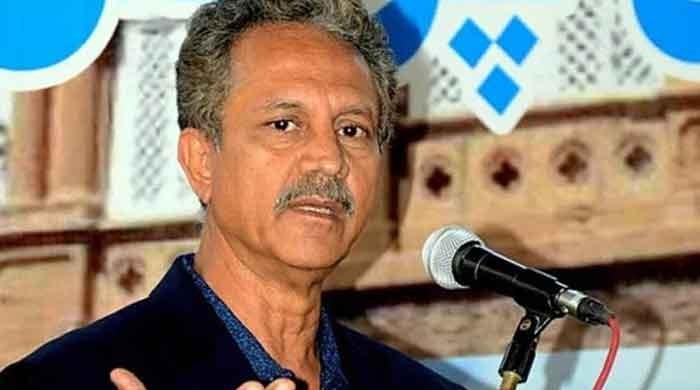 ‘I was under stress for four years’: Mayor Karachi slams Sindh govt in farewell speech

KARACHI: Mayor Karachi Waseem Akhtar, in his farewell speech on Monday, said he remained under stress during his entire tenure due to the Sindh government as it did not cooperate with him in the city’s development.

The mayor, whose tenure is about to end, said that he had come to power with a mandate larger than the one secured by the Sindh chief minister. He deplored that despite having that mandate, no one has been listening to him.

The mayor also alleged that the ruling PPP does not want Sindh and Karachi to prosper.

“They want to destroy and plunder the city. They could not make Larkana, Sehwan and Dadu. [They] ruined Mirpurkhas. Now they are here to destroy the city,” said the disgruntled mayor.

He also appealed to the Supreme Court to take notice of the actions of the provincial government.

“These wadera-minded people do not want a local government system because this system makes democracy stronger,” Akhtar said.

He further said that he has been “working hard” for the last four years but the provincial government never gave him any funds.