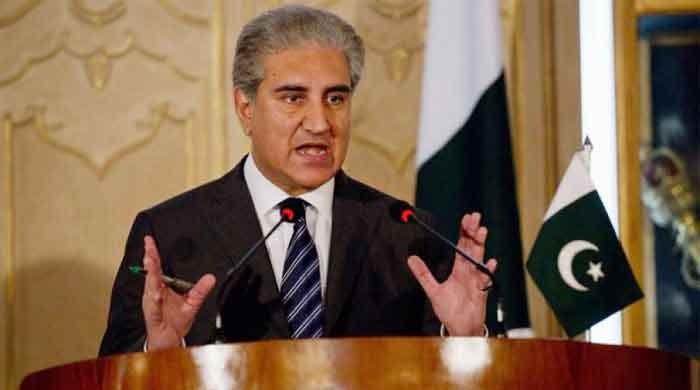 The delegation had arrived in Pakistan on Monday on the invitation of Foreign Minister Qureshi to discuss a way forward in the Afghan peace process, according to Foreign Office Spokesperson Zahid Hafeez Chaudhri.

The foreign minister in a press conference on Monday had also acknowledged that he would be meeting the delegation today. He did not shed light on the content of the meeting but said there were groups inside Afghanistan which were trying to cause a rift.

Qureshi said Islamabad’s role was only to facilitate the peace process, adding that it is up to the Afghans to decide the way forward.

“The majority of Afghans believe the only way forward is through reconciliation, but the decision to reconcile has to be taken by Afghans themselves,” Qureshi said.

The talks are being held ahead of the much delayed intra-Afghan peace talks — which were part of the deal signed between the group and the US in Doha earlier this year — and were expected to begin August 20 but got delayed.

Meanwhile, a spokesperson for the Afghan group had said on Sunday that the delegation will discuss the latest on the peace process, state of Afghan refugees in Pakistan, cross-border travel of people, and trade between the two neighbours.

Pakistan is seen as a key regional player in helping facilitate a troop withdrawal deal between the United States and the Taliban, which will begin the process of ending 18 years of war. The agreement was intended to quickly lead to talks between the Taliban and the Afghan government but became mired in delays.

However, the prospects of peace in Afghanistan after 19 long years of war brightened earlier this month when the Ashraf Ghani-led administration in the country started releasing 400 Taliban prisoners who had been preciously described by it as a “danger to the world.”

The release of the 400 militants was approved by a gathering of thousands of prominent Afghans called by Ghani after the authorities initially refused to free the militants.

The prisoners include some 44 insurgents of particular concern to the United States and other countries for their role in high-profile attacks.