The Republican National Convention closed out with a speech from President Donald Trump at the White House and a fireworks display over the Washington Monument.

Trump wrapped up his speech Thursday by recounting the achievements of early explorers and pledging to make new strides in space exploration and technological advancement.

The president’s speech included musical selections like “You’re a Grand Old Flag,” and opera singer Christopher Macchio performed from the Blue Room balcony. The night ended with fireworks on the National Mall, with one display spelling out “Trump 2020.”

The display began as Trump concluded his speech. The president signaled the party convention’s attendees to turn around as the fireworks erupted over the Washington Monument. (RELATED: ‘Land Of Greatness’: Everything You Need To See From The Final Night Of The RNC) 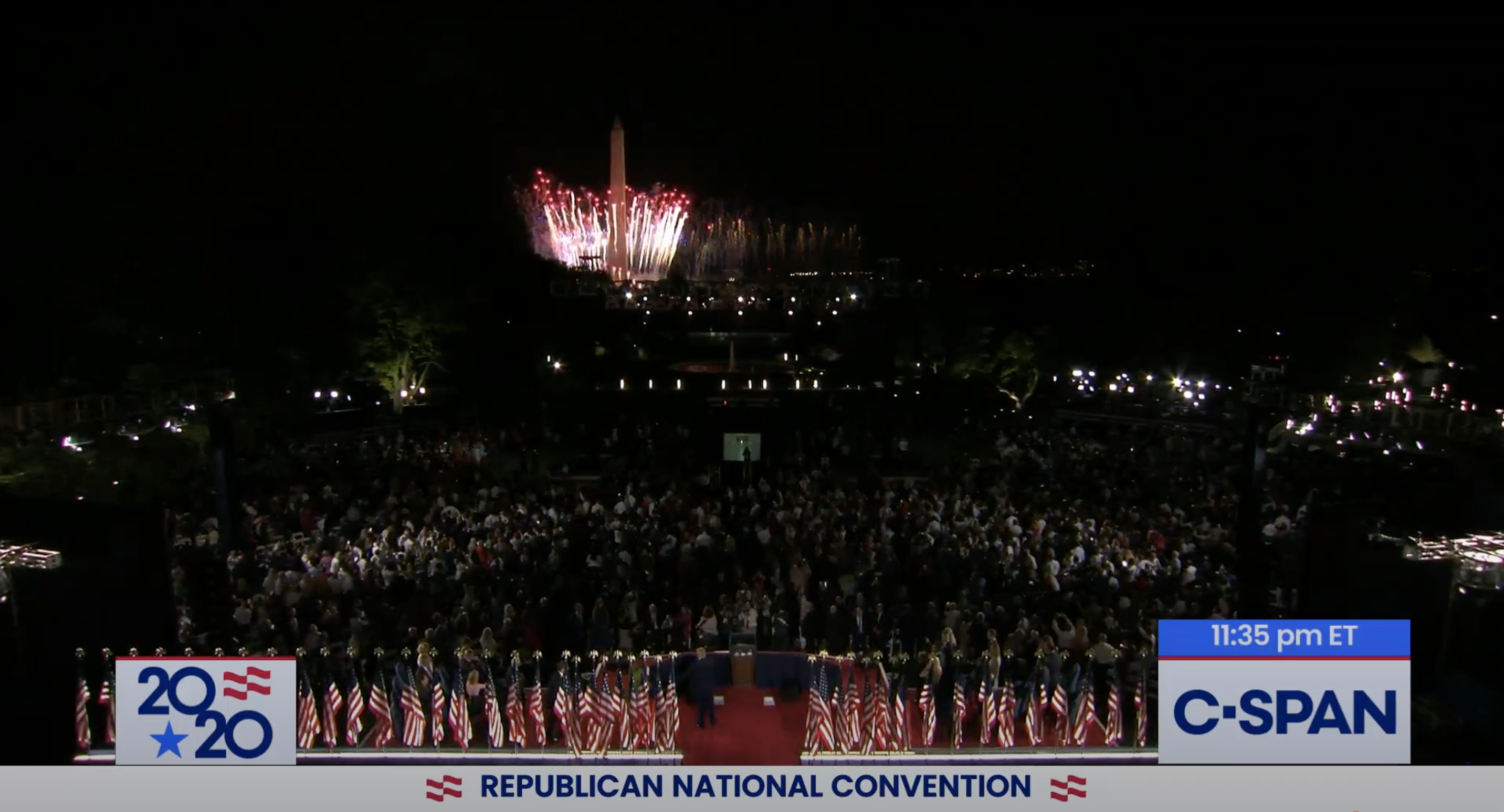 A line of fireworks could be seen surrounding the Washington Monument as more burst around the National Mall. 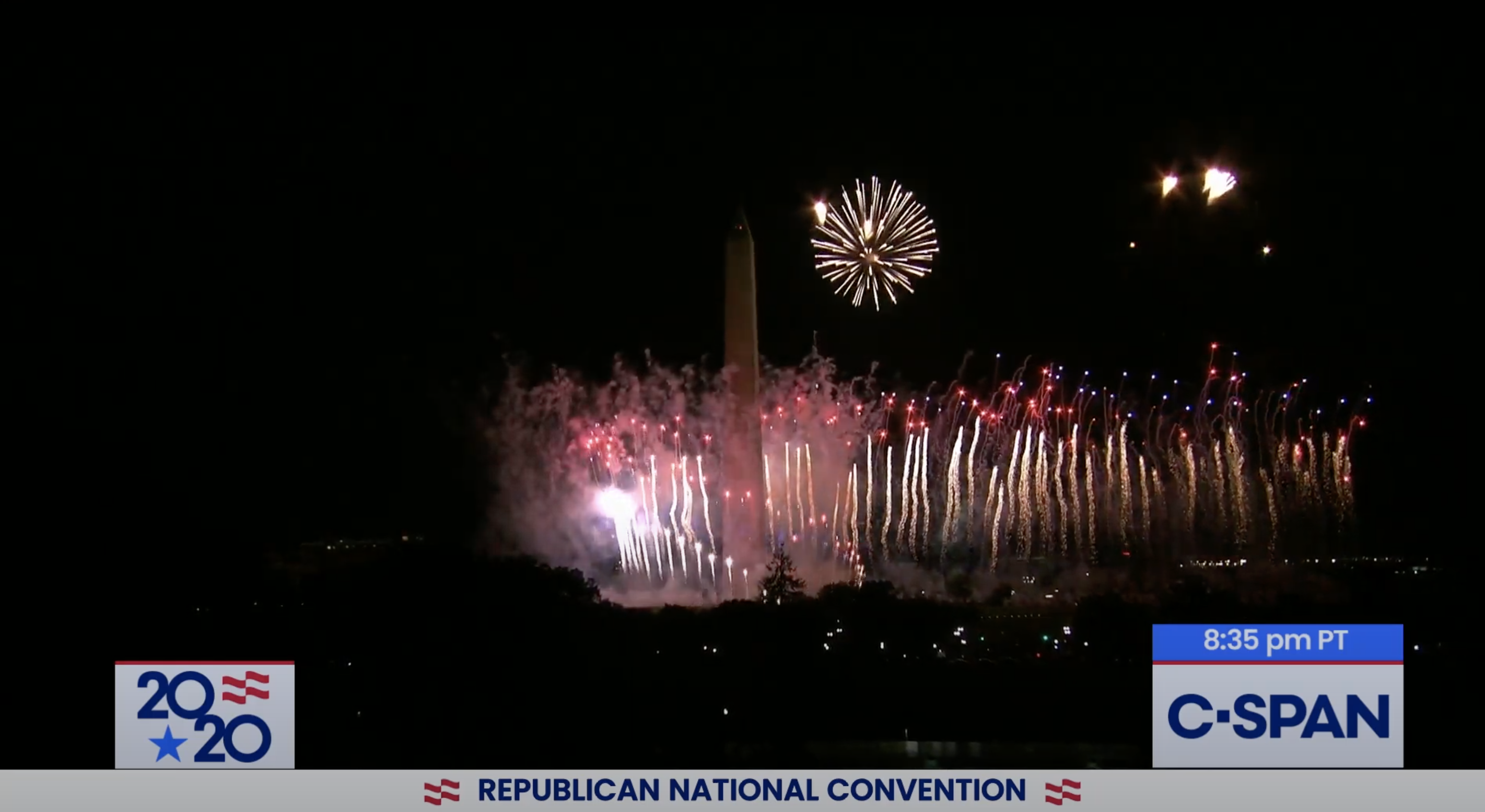 The audience at the White House could be seen applauding and recording the display as fireworks continued to be set off on the National Mall.

A second wave of fireworks spelled out “Trump” and “2020” as audiences below cheered. 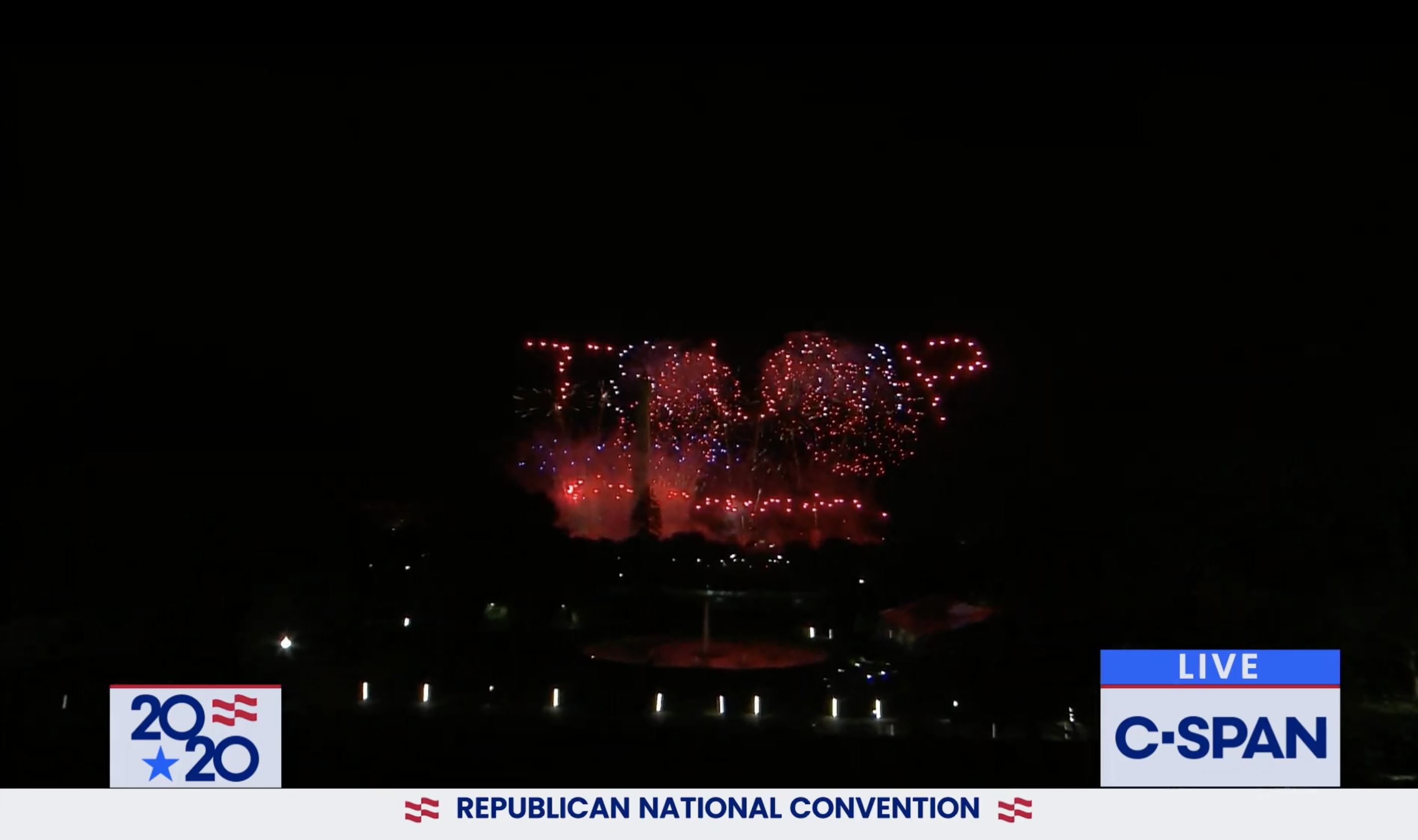 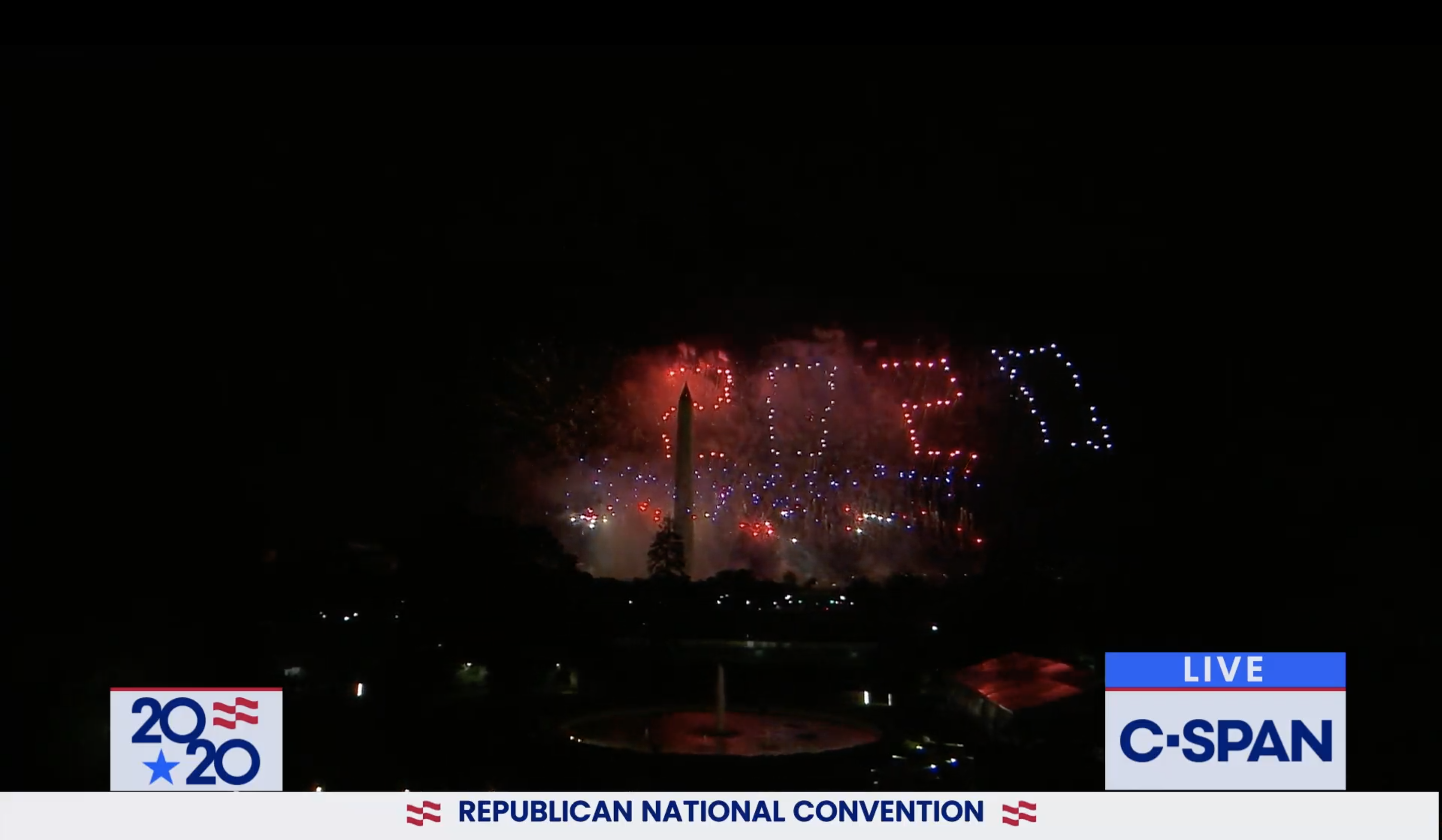 Footage captured by the Daily Caller outside the White House showed more fireworks on display as demonstrators gathered nearby to protest the convention. 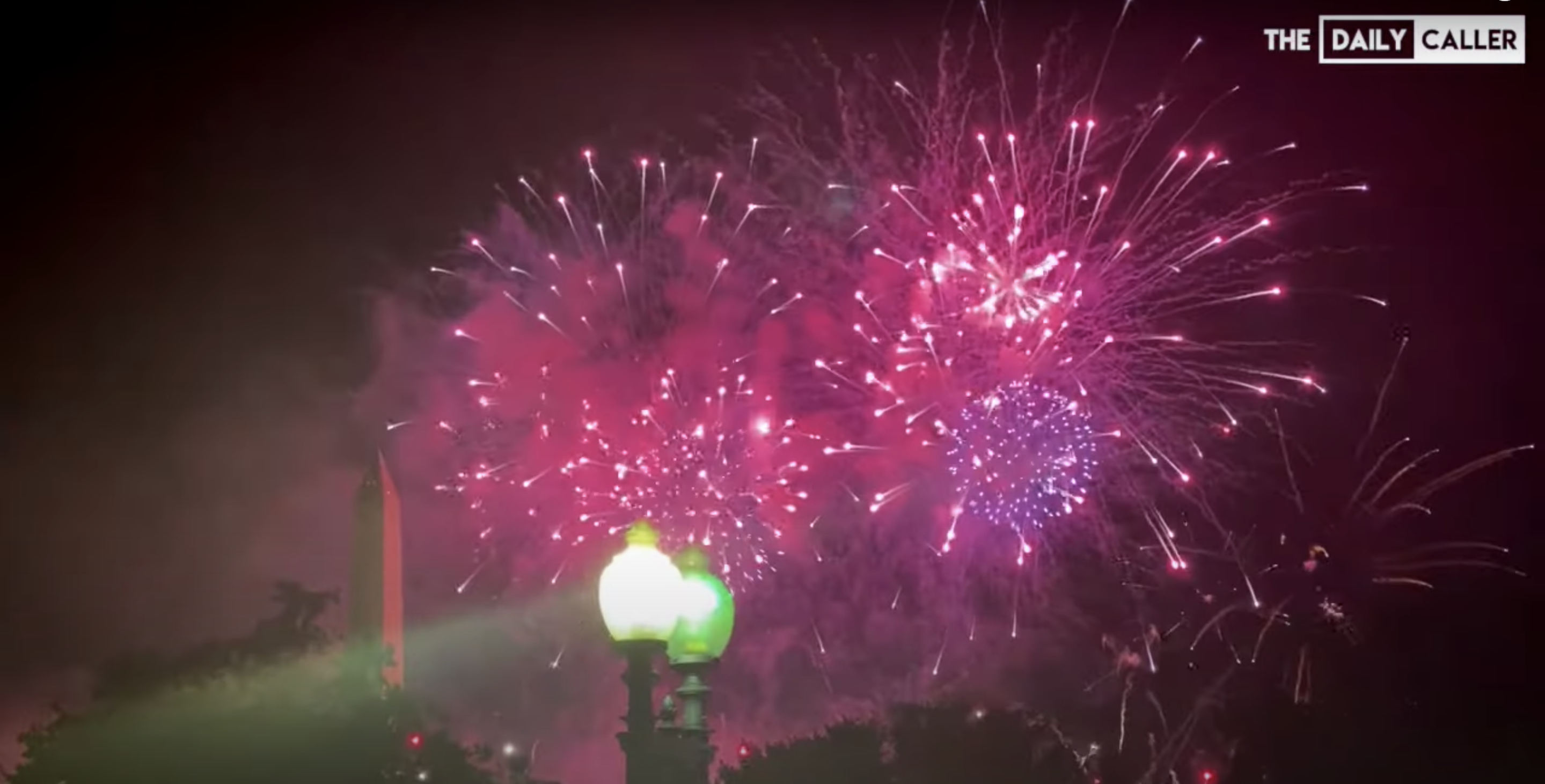 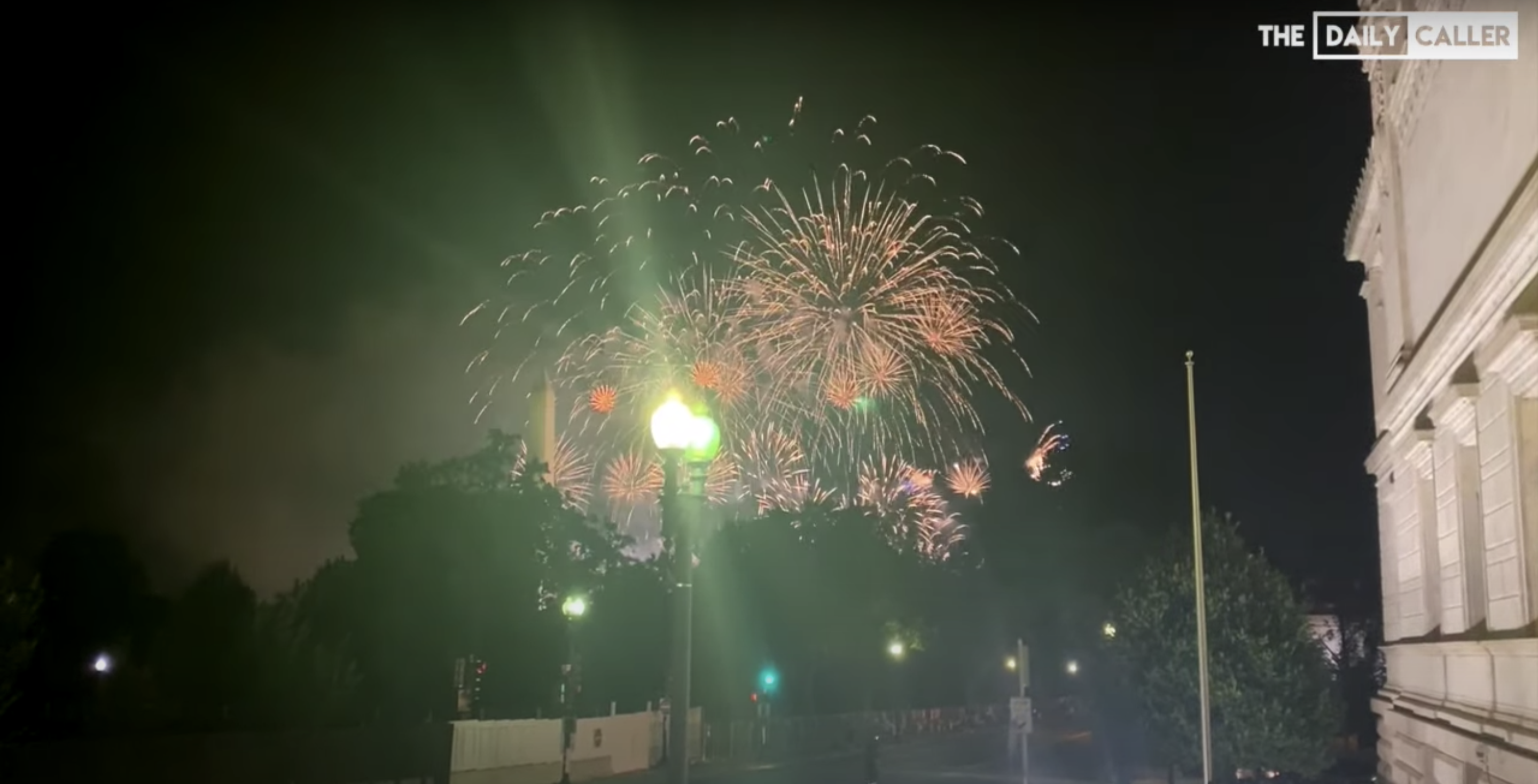 The fireworks concluded with a rapid fire display as the Trump family and the convention audience looked on. 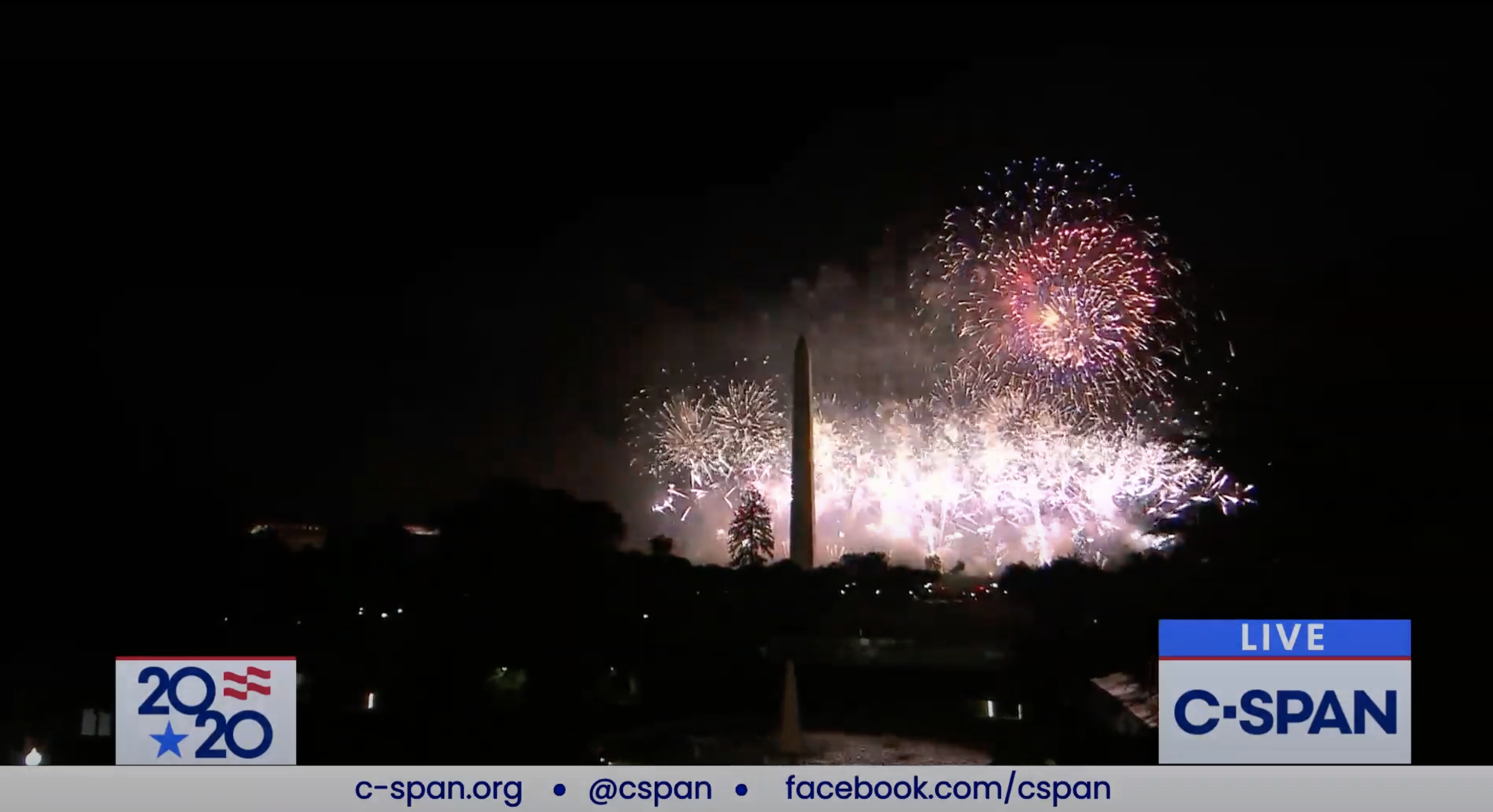