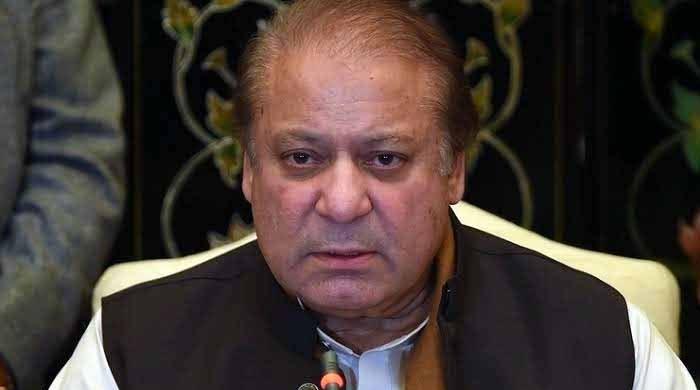 Federal Minister for Science and Technology Fawad Chaudhry said on Monday that Pakistan Muslim League-Nawaz (PML-N) supremo Nawaz Sharif will go to jail the moment he returns to the country from London.

The federal minister, in a statement, said that the court has changed the surety in the case, but it needs to summon Shehbaz Sharif to discuss Nawaz’s return.

“First of all, Nawaz was serving jail time so when he returns, he will go back to jail. Secondly, Nawaz will do plea bargain and return the money [he allegedly looted],” said the minister.

Chaudhry added that Nawaz had been disqualified by the Supreme Court of Pakistan and hence, cannot contest elections.

PML-N leader Rana Sanaullah reacted to Chaudhry’s statement, and said that Nawaz went abroad due to illness, adding that there are relevant statements on the matter by the medical board and government officials.

He further said that the “incompetent lot” is contradicting its own statements. “If Nawaz went abroad because of a deal then who allowed it?” wondered the former Punjab law minister.

He said that Nawaz will return on his own will and at the time of his choosing after he is treated for his illness.

Earlier on Saturday, Prime Minister Imran Khan’s special assistant on accountability, Shahzad Akbar, said that Nawaz had left the country for treatment on certain conditions and that none of these had been fulfilled.

The National Accountability Bureau stepped up efforts to continue proceedings in the two cases against hi a few days ago.

NAB has filed an appeal in the Islamabad High Court for Nawaz’s seven-year imprisonment sentence in the Al Azizia Steel Mills case to be extended to 14 years. The case will be heard by Justices Amir Farooq and Mohsin Akhtar Kayani on September 1.

Furthermore, a hearing against Nawaz’s acquittal in the Flagship Investments case will also be held the same day, for which another appeal was filed by NAB.

Last week, Minister for Information Shibli Faraz on Friday vowed that the government “will bring back Nawaz Sharif using all legal means that are available”.

Addressing a media briefing in Islamabad, Faraz had said that the government will approach the National Accountability Bureau which will in turn ask the foreign ministry to put in a request to the British government for the PML-N supremo’s extradition.

“We think it has now become necessary to bring back Nawaz Sharif,” the information minister said, adding that it is now the court’s job to decide in the matter and that the government will facilitate necessary action.