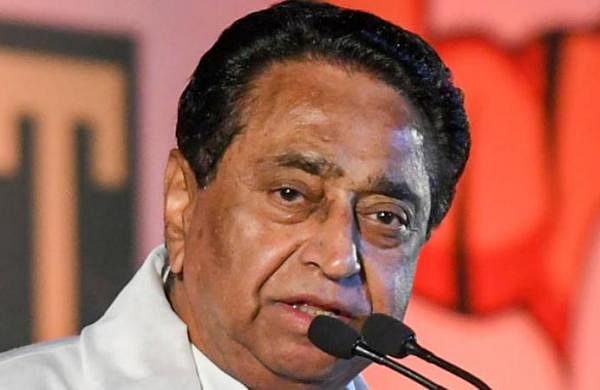 In a series of tweets ahead of the CWC meet, Nath said, “Any suggestion or insinuation that Sonia Gandhi’s leadership is in question is absurd. I appeal to her to give strength to the Congress Party by continuing as President and lead the Congress.”

The veteran Congress leader further tweeted, “I’ve been the general secretary of the Congress Party for many years. We must not forget that in spite of the canard against Sonia Gandhi, she led the Congress Party to victory in 2004 and made Atal Bihari Vajpayee sit at home.”

The septuagenarian former Union minister also tweeted, “I’ve had the privilege of working with Sanjay Gandhi, Indira Gandhi, Rajiv Gandhi, Sonia Gandhi and Rahul Gandhi. I’ve also had the privilege of serving the Congress Party as a Member of Parliament for almost 40 years and as the longest serving MP.”

First time Congress MLA from the state, Kunal Chaudhary said, “None from outside the Gandhi family will be accepted as the Congress President. We believe in the leadership of Soniaji and Rahul Gandhi and all the youngsters within the party want Rahul Gandhi to take over as the national Congress president again.”

Congress like school where only headmaster’s child will be allowed to top: MP Home Minister

Meanwhile, mocking the present crisis in the grand old party, the Madhya Pradesh home minister and senior state BJP leader Narottam Mishra said all Congress people should clearly understand that “Congress is like that school where even if other students are much more talented, only the headmaster’s child will be allowed to hold the first rank.”

Recounting the developments of December 2018, Mishra mocked state Congress president Kamal Nath. “He (Nath) had then ditched Jyotiraditya Scindia to become the state’s Chief Minister. It was like showing a young cute groom to the people and then actually marrying an old man.”

ALSO READ: Turned down MP Deputy CM’s post as I wanted to work for people – Scindia hits back at Digvijaya

Mishra’s statements on Monday came just a few hours after now BJP Rajya Sabha member Jyotiraditya Scindia had on Sunday evening for the first time admitted that he was offered the post of deputy CM by the Congress leadership in the previous Congress government in Madhya Pradesh, but he rejected the offer as he was wary of Congress’ leaders wrongdoings.

“I followed my sixth sense and refused the offer as I’m a public servant like my grandmother and father and have no craving for any chair. Had I harboured a craving for chair, I would have accepted the offer for becoming state’s deputy CM. But I well knew that people in the then state government would destroy the state and hence I didn’t want to be among them,” Scindia had said in Gwalior on Sunday evening.

Ex-MP CM and Congress Rajya Sabha member Digvijaya Singh has repeatedly said in the past few months that Scindia was offered the post of deputy CM after the Congress returned to power in MP, but Scindia refused the offer and instead insisted that his close confidant and then health minister Tulsi Silawat be made deputy CM, but it was rejected by the party.

Scindia had quit the Congress in March 2020 and joined the BJP. His loyalist MLAs too had followed suit, triggering the collapse of the 15-month-old Kamal Nath-led Congress government in the state the same month.