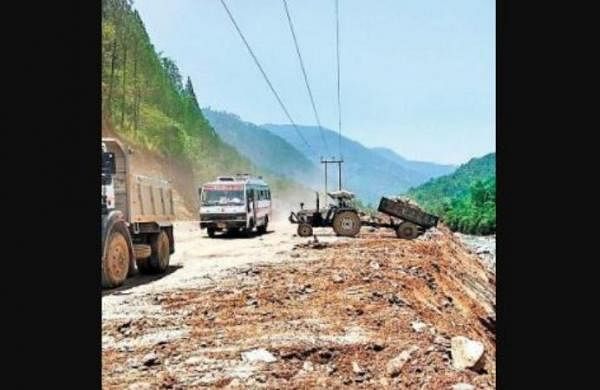 DEHRADUN: The chairman of the Supreme Court-appointed high powered committee to monitor the Char Dham project has written to the Union Environment Ministry pointing out “serious lapses” of the Forest Conservation Act (FCA) rules and conditions spelled out in the project.

The 889-km road-widening project is worth Rs 12,000 crore and proposes to connect four revered shrines of Kedarnath, Badrinath, Gangotri and Yamunotri. In his 13-page letter dated Aug 13, panel head Ravi Chopra has called some of the violations as “brazen; as if the rule of law does not exist.”

“The committee has expressed great concern over the violations of the rules and guidelines of the FCA. The loss of forest due to dumping of debris at unauthorized locations needs to be investigated and strict actions taken against the violators.”

Chopra  also urged the Ministry to “adopt necessary corrective measures for the present and avoid such failures in the future.” The letter records tree felling, waste disposal and wildlife-related clearances along with recommendations and a call to take strict action.

He has sought measures to restore the damage caused to the ecology and the environment, including suspension of all new works, except regular maintenance, restoration and protection works. He says permission should not be given for non-forest activities on the forest land without prior approval.

The letter says there have been gross violations of the provisions of the Forest (Conservation) Act and the guidelines dated August 28, 2015 issued by the Ministry.

“Tree felling and other works are continuing in a grossly illegal manner. This has done incalculable and long-term damage to Himalayan ecology.”

In July, the committee submitted two reports to the Supreme Court. Chopra says these reports were unanimously that “the willful non-compliance has caused disappointment and a feeling of helplessness among the committee members.”