Democratic presidential nominee Joe Biden said if he wins the election in November, he will raise taxes on anyone making more than $400,000 a year.

Biden said his plan would include raising taxes on individuals as well as businesses that take in “close to a trillion dollars and pay no tax at all,” in a Sunday interview with ABC’s David Muir.

Muir pushed Biden on his plan, asking whether or not it’s sound to raise taxes on businesses as the economy struggles to recover from the pandemic lockdowns.

“It’s smart to tax businesses that in fact are making excessive amounts of money and paying no taxes,” Biden said.

Biden shot down any suggestion that he might raise taxes on small businesses. 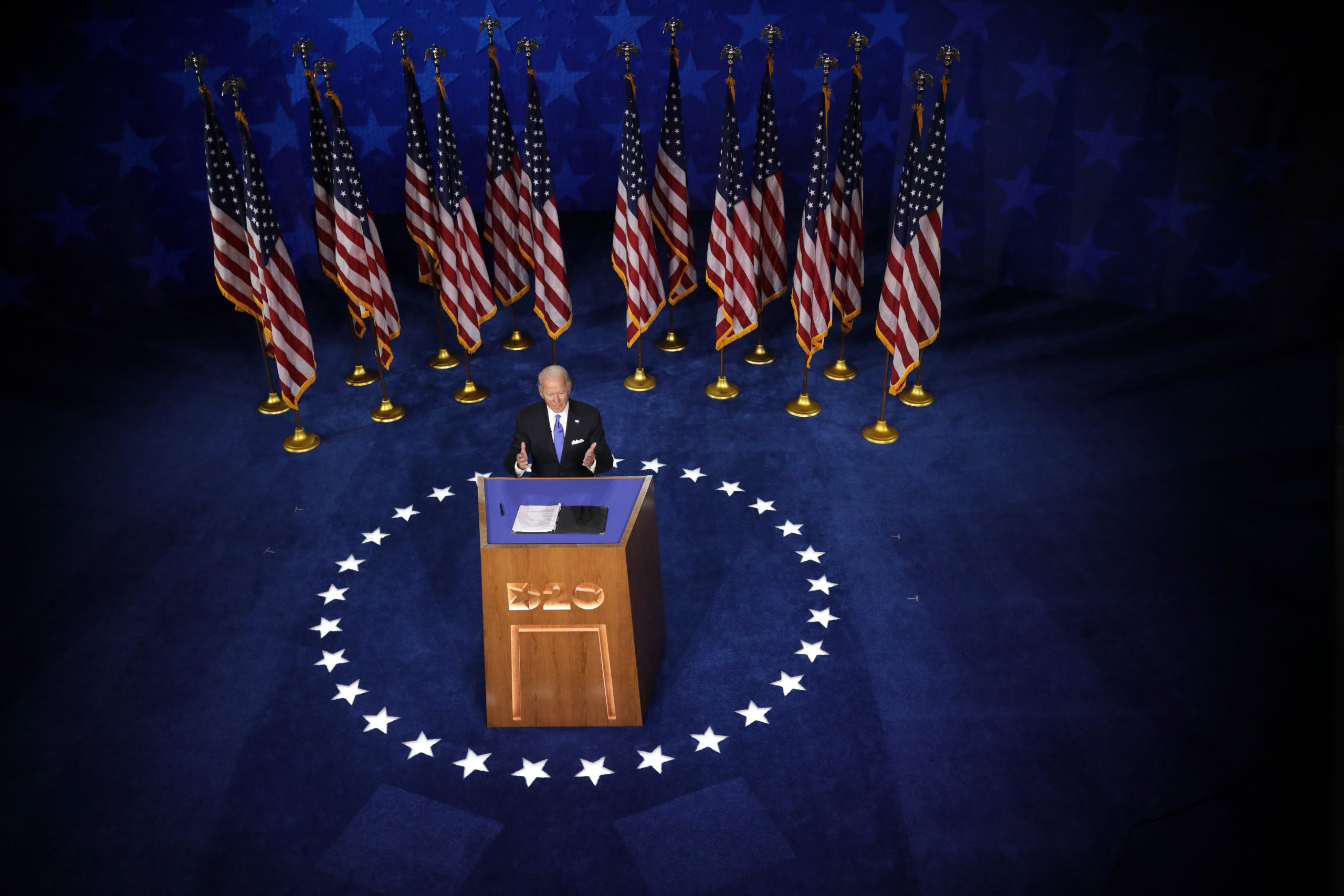 WILMINGTON, DELAWARE – AUGUST 20: Democratic presidential nominee Joe Biden delivers his acceptance speech on the fourth night of the Democratic National Convention from the Chase Center on August 20, 2020 in Wilmington, Delaware. The convention, which was once expected to draw 50,000 people to Milwaukee, Wisconsin, is now taking place virtually due to the coronavirus pandemic. (Photo by Win McNamee/Getty Images)

Biden’s proposal to raise taxes on those making more than $400,000 a year would raise tax revenue by $3.8 trillion over the next 10 years, according to an analysis by the Tax Foundation. The Tax Foundation says Biden’s plan would end up collecting approximately $3.2 trillion “when accounting for macroeconomic feedback effects.” They also said the Biden tax plan would reduce GDP by 1.51% over the long run. (RELATED: Biden Criticized Trump’s Order Cutting Payroll Tax. During The Recession, Obama Said It Would Be ‘Inexcusable’ To Block A Similar Tax Cut)