Becki Falwell confirmed Tuesday that she had an affair but denied allegations that her husband, Jerry Falwell Jr., was involved as one man has claimed.

Neither of the Falwells named 29-year-old Giancarlo Granda, according to the Post, though Granda alleged that he had a sex with Becki Falwell over the course of six years and said that Jerry Falwell sometimes “enjoyed watching from the corner of the room,” Reuters reported Monday.

Becki Falwell told the Associated Press Tuesday that she and her husband are “more in love than ever.” (RELATED: Jerry Falwell Jr. Denies Reports He’s Left Liberty After Saying Wife Had Affair Without His Involvement) 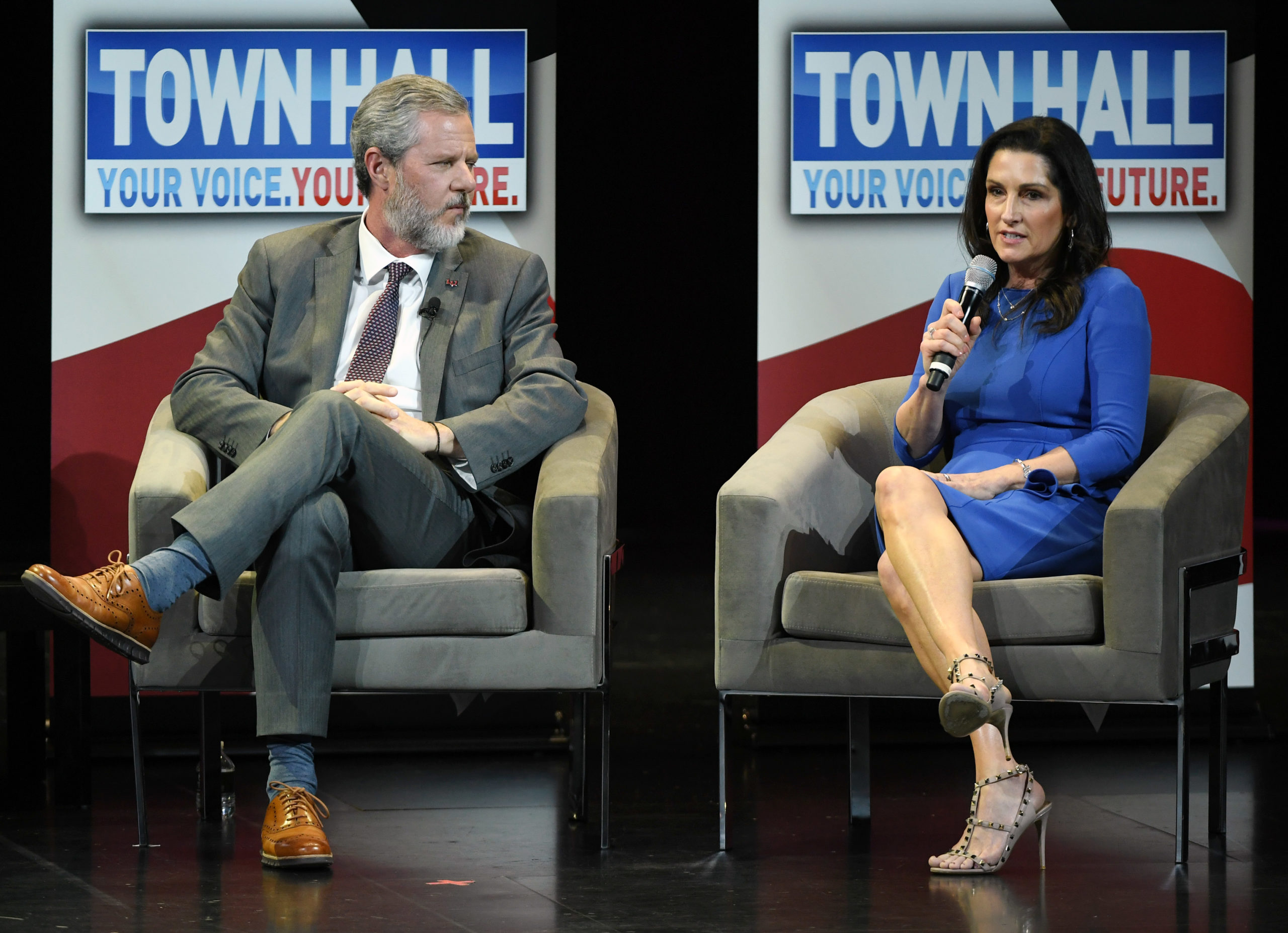 “We have the strongest relationship, and Jerry is the most forgiving person I’ve ever met,” she said. “It’s a shame that Christians can’t give us the same forgiveness that Christ gave us.”

Jerry Falwell is reportedly entitled to a $10.5 million severance package through his contract, partially because his departure from Liberty University is not accompanied by a formal accusation of wrongdoing, he told the Post.

“The board was gracious not to challenge that,” he told the publication. “There wasn’t any cause. I haven’t done anything.”

The former Liberty University president also said that he agreed to not work for any competing universities for the next 24 months, during which time he will receive $2.5 million. He will then be given about $8 million in retirement funds, he told the Post.

BuzzFeed News previously reported in May 2018 that the Falwells backed Granda in opening a South Beach, Miami, hostel described by Politico Magazine as a “cesspool of vice.” Granda claimed his relationship with the Falwells soured due to squabbles over the Miami business venture.

In a Sunday night statement to the Washington Examiner, Falwell said that it was “very upsetting” to learn about his wife’s affair with Granda and that his distress over the affair caused him to lose 80 pounds.

“People who saw me regularly thought that I was physically unwell, when in reality I was just balancing how to be most supportive of Becki, who I love, while also reflecting and praying about whether there were ways I could have been more supportive of her and given her proper attention,” he said in the statement.

“I was and have always remained fully devoted to Becki and we have shared many private conversations to better understand and support each other and to strengthen our marriage,” he added. “Thankfully, our love has never been stronger. Becki and I forgave each other, because while her indiscretion may have been more obvious and apparent, I realized that there were important smaller things I needed to do better too.”