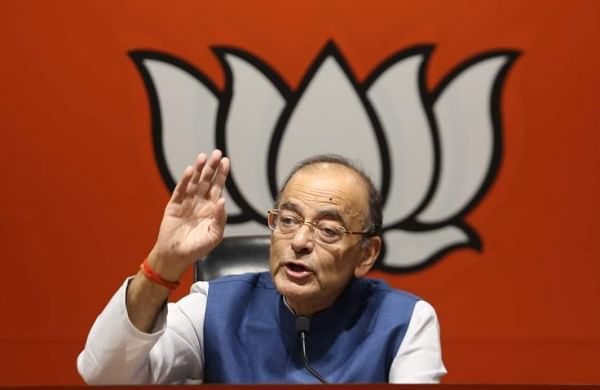 NEW DELHI: The BJP paid rich tributes to party stalwart Arun Jaitley on his first death anniversary on Monday, with Prime Minister Narendra Modi saying that he misses his friend a lot and that his late Cabinet colleague diligently served India.

Top BJP leaders, including Home Minister Amit Shah, Defence Minister Rajnath Singh and party president J P Nadda, fondly remembered Jaitley, who was the voice of the party on various issues for decades and was seen as its main trouble shooter.

The prime minister tweeted, “On this day, last year, we lost Shri Arun Jaitley Ji. I miss my friend a lot. Arun Ji diligently served India. His wit, intellect, legal acumen and warm personality were legendary. Here is what I had said during a prayer meeting in his memory.”

He posted a video of his speech at the condolence meeting held here for Jaitley last year.

On this day, last year, we lost Shri Arun Jaitley Ji. I miss my friend a lot.

Here is what I had said during a prayer meeting in his memory. https://t.co/oTcSeyssRk

Remembering Jaitley, Shah said he was an outstanding politician, prolific orator and a great human being who had “no parallels” in Indian polity.

He was multifaceted and a friend of friends, who will always be remembered for his towering legacy, transformative vision and devotion to the nation, the former BJP president added.

Defence Minister Rajnath Singh tweeted, “Remembering Arun Jaitley ji on his punyatithi. Jaitleyji was a stalwart who made a big contribution towards BJP’s growth and rise to power.”

“He made a mark as a successful lawyer, seasoned parliamentarian and effective administrator. I offer my heartfelt tributes to him,” Singh said.

A key BJP leader and a crucial member of the party’s brain trust for decades, Jaitley was an articulate champion of the saffron party’s policies and ideology, and his warm personality and affable manners won him friends across the political spectrum.

He served as the Union finance minister in the first Modi government and wore many hats in public life, from that of a lawyer to a politician and a cricket administrator.

He died at 66 years of age last year after battling prolonged illness.

Vice President M Venkaiah Naidu on Monday paid tributes to Jaitley, describing him as a multi-faceted personality who served the nation with distinction.

A politician, lawyer and a Union minister, Jaitley played many roles in his public life.

“I pay my humble tributes to my friend, Shri Arun Jaitley Ji on his death anniversary. Shri Jaitley was a multi-faceted personality and served the nation with distinction in various capacities,” Naidu wrote on Twitter.